Music lovers who know Florent Schmitt’s stunning Psaume XLVII (1904) might wonder what other choral music may have come from the composer’s pen. 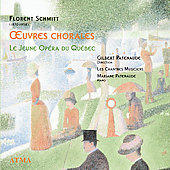 And in fact, there are nearly 25 individual choral scores written by Schmitt, composed over more than a half-century’s time.

None of them are nearly as famous as the Psalm, but they contain rich musical rewards and are well-worth discovery.

A good case in point is Six chœurs, Op. 81.  Composed in 1930/31, this set of six choruses featuring female voices presents a rich and varied blend of poetry and music that is highly characteristic of Schmitt’s musical and literary eclecticism. 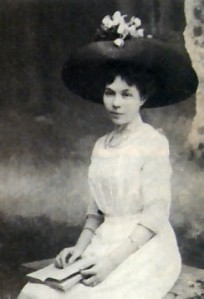 Cécile Sauvage (1883-1927), French poet (and mother of composer Olivier Messiaen): Her verse inspired one of the movements of Florent Schmitt’s Six choeurs.

The music is set to the poetry of Paul Fort, Cécile Sauvage, Charle-Auvrey and the composer himself, making it a work of great contrasts.

The Canadian choral director Gilbert Patenaude has noted that in the Six Choruses, “symbolism, playfulness, tenderness and humor are blended together.”  I heartily agree with this characterization.

The titles of the six movements are testament to the varied musical moods in store for the listener: 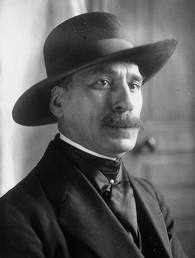 The Page Boy and the Queen, set to words by Paul Fort — a particularly favorite poet of Schmitt’s — relates a tale of adultery in medieval times.

Another Fort-inspired movement, L’Amoureuse, is one that is drenched in sentimentality.

Si la lune rose, setting a poem written by Cécile Sauvage (who was the mother of Olivier Messiaen, incidentally), is a lullaby to a newborn child.

In great contrast, Marionettes, set to a poem by Charle-Auvrey, conjures up the spinning and whirling of puppets to masterful effect.

The two remaining movements, which are set to Florent Schmitt’s own texts, are little more than exercises in word-sounds and onomatopoeia.  The nonsensical phrases and sentences are remindful of Sacheverrel Sitwell’s verses, so masterfully set to music by Sir William Walton in Façade. 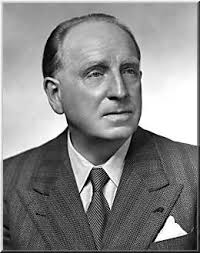 Paul Paray, conductor of the premiere performance of Six Choeurs in its orchestral garb (1933).

The first performance of Six Chœurs was given in 1933 by the Chorale Amicitia with the Colonne Concerts Orchestra under the direction of Paul Paray – the person who premiered more of Florent Schmitt’s compositions than any other conductor.

Shortly thereafter, Schmitt prepared a version of the music for female chorus and piano, and it is in this form that the music has been more commonly heard.

Moreover, the choral/piano version has been recorded twice to my knowledge, whereas the chorus/orchestra version still awaits its first recording.

The two chorus/piano recordings were made roughly contemporaneously.  A Canadian release featuring Gilbert Patenaude directing Le Jeune Opéra du Québec was recorded in 2000 and issued on the ATMA label. 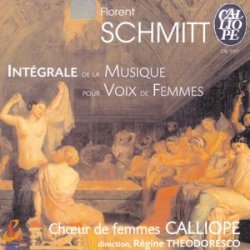 The following year a second recording, featuring Régine Theodoresco directing the Chœur de femmes CALLIOPE, was released on the Calliope label.  Happily, that recording has just been reissued by Timpani Records. 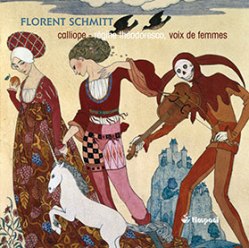 The reissued recording on the Timpani label (2014).

While both recordings of Six chœurs feature quality performers, my personal preference is for the CALLIOPE interpretation, which is more spirited and brings forth the music’s many contrasts to more forceful effect.

As for the orchestrated version, the world awaits not only a first recording, but also any performance at all, as it appears that none have happened in the past half-century at least.  When that day comes, no doubt music-lovers will be smitten by what they hear, considering that the instrumentation called for in the composer’s orchestration is lavish to say the least. 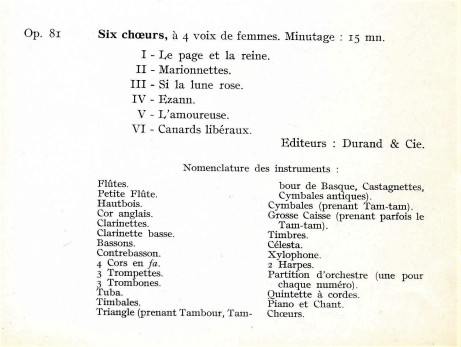 The instrumental forces called for in Florent Schmitt’s orchestration of his Six chœurs leave no question as to the vibrant musical colors the composer has conjured up for the listener.

In 1942, the music critic Robert Bernard made this observation about Florent Schmitt and his compositions:

“No musician is less bound than is Florent Schmitt by a formula’s constraints, and a substantial and significant part [of his output] is steeped in the most playful liveliness and an ironic verve that stretches to utterly paradoxical and truculent fantasy.”

Indeed, Mr. Bernard could have been writing about the Six Choruses.