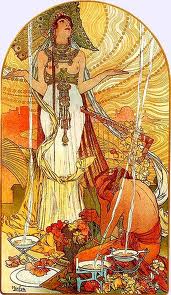 There are a number of indisputably great composers for the film: names like Richard Addinsell, David Raksin and Dimitri Tiomkin.

And there are “serious” 20th century composes who also devoted more than a little of their effort and energy to writing for the screen. Erich Wolfgang Korngold comes immediately to mind, although one could also place Serge Prokofiev, Dmitri Shostakovich, Miklós Rózsa, Bernard Herrmann, Georges Auric, Constant Lambert, Sir William Walton and several others in this category.

But when it comes to composers who created just one or two works for film, it’s difficult to come up with any name besides Florent Schmitt.

And in the case of Schmitt, his foray into the film world produced a music score that is stunning in its inventiveness and impact: Salammbô.

The subject of this silent film – which was produced by Louis Aubert and directed by Pierre Marodon – was Gustave Flaubert’s famous “historical novel” of the same name.

Flaubert’s book, which he wrote in 1862, is set in Carthage during the 3rd Century BC. It’s a real tale of “blood and thunder” … and has been described as “an exercise in sensuous and violent exoticism.”

Flaubert’s novel contains some 15 chapters. There is a good synopsis of the plot available on Wikipedia; suffice it to say here that the highly dramatic story line, the interesting characters, and the exotic North African location were tailor-made for Schmitt’s musical sensitivities.

Musicologist and Schmitt biographer Catherine Lorent has written that when Aubert and Marodon approached Schmitt to create the music for Salammbô, he “was not only one of the most famous composers of the inter-war years, but also the most famous living ‘orientalist’ composer.”

Schmitt was given only a few short months to compose music for a film that lasts more than two hours (!). In order to complete the task in time, Schmitt found it necessary to augment his new music with existing material from some of his earlier orientalist scores like La Tragédie de Salomé and Antoine et Cléopâtre.

The movie premiered in October 1925. It was a gala affair, taking place at the Opéra Garnier in Paris. The film starred several of the leading film actors of the day, including Victor Vina (Amilcar, a Carthaginian general), Jeanne de Balzac (Salammbô, his daughter), and Rolla Norman (Mathô, a leader of the Libyan mercenaries who is in love with Salammbô). 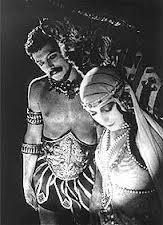 Despite the epic subject matter, the talented acting, the lavish film production and the atmospheric music, the critics were underwhelmed. They claimed that the film didn’t do justice to the grandeur of Flaubert’s original vision, and they criticized the lack of synchronization between the music and the visuals.

[For insightful observations about Salammbô — as well as the importance of this film within the larger context of movie-making in the era before talkies — this interview I conducted with journalist and film music specialist Doug Adams is most informative and instructive.]

Salammbô was to be performed only five times before disappearing from the screen.

And then … silence for more than 60 years.

But the film would be resurrected eventually. Let’s pick up the action in the 1990s by quoting the granddaughter of actor Rolla Norman, who has written:

“Someone rediscovered the movie … by chance. Long story short: The movie came to life again with its score – a two-hour long symphony requiring 90 musicians and 80 singers in the chorus. First in Avignon and then back to Paris in October 1991, at the Palais Garnier, 66 years almost to the day after its opening there. 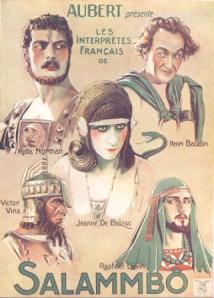 We were lucky to get tickets … The Opéra Garnier was beautiful – impressive as ever. The score was very interesting, too; a true symphony. After all, Florent Schmitt has been compared to Richard Strauss …

My grandfather was gorgeous: Handsome, dashing. [But] the movie was so kitsch, I felt like crying. It was utterly ridiculous. Not dated – simply ridiculous. As ridiculous as it had been in 1925. Hence its sinking into oblivion so easily.” 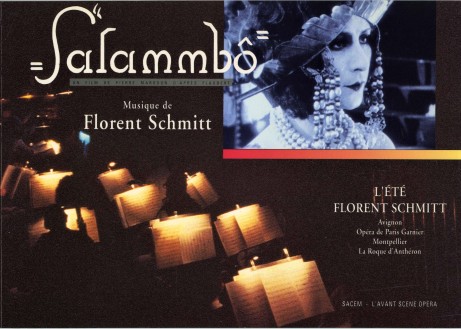 The cover of the 98-page program book that was published in conjunction with the restoration of the Salammbô motion picture in 1991, and its presentation with live orchestra featuring the music of Florent Schmitt.

Not content to see his music “fade to black” along with the film, Schmitt decided to extract three suites from the massive score: nearly an hour of music in total, with the third of the suites employing a chorus in addition to the large orchestra.

The three suites were premiered in 1927, 1928 and 1931, respectively. They would be published together as a set by Durand, Schmitt’s publishing house for most of his career, under the title Salammbô, Illustration de quelques pages de Gustave Flaubert, Op. 76.

As Catherine Lorent has written, “This was the composer’s way of quietly disassociating himself from the film, which he considered ‘rather incoherent.’”

What are we to make of the Salammbô music? As a friend and fellow music-lover remarked to me once, “This is one heck of a film score!” Indeed it is. 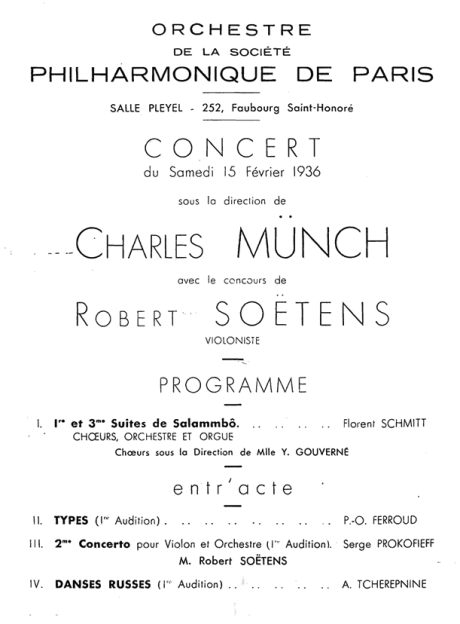 Luckily for us, the same forces that performed the music in Avignon and Paris in 1991 also made a very fine recording. Superlatively played and recorded, it features the Orchestre National d’Ile de France and is conducted by Jacques Mercier.

Jean-Christian Bonnet’s excellent YouTube classical music channel contains the Suite #3 from Salammbô – music that also includes the chorus. You can sample it here:

Even better, all three suites are included in a single YouTube upload which you can access here.  The conductor in these clips, Jacques Mercier, is an advocate for Florent Schmitt’s music, having also made a fine recording of the composer’s equally dramatic and inventive Antony & Cleopatra suites. 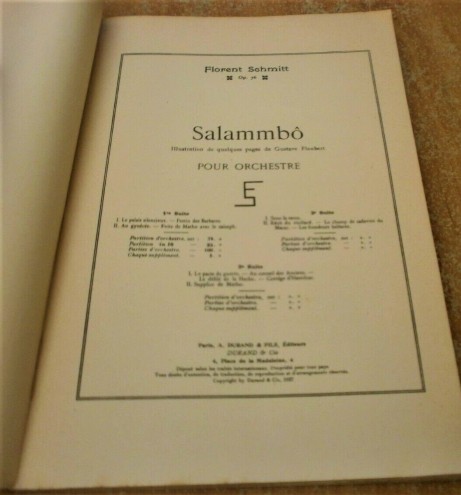 A vintage copy of the score to Florent Schmitt’s Salammbô.

Will other conductors be similarly inspired to program this music? One would hope so. After all, it’s a stunning composition that easily transcends its original incarnation as a film score and stands fully on its own as “pure” music. It is likely that concert audiences anywhere in the world would respond favorably.  Unfortunately, those opportunities come along all too rarely.  To wit, the music wasn’t heard in concert in the United Kingdom until 1969 in a performance by the London Philharmonic Orchestra under the direction of Norman Del Mar — but even then, it was just the first suite that was presented.

Mutual admiration and respect: Composers Heitor Villa-Lobos (l.)and Florent Schmitt (r.) knew each other for more than half a century.

Interestingly, when the famous Brazilian composer Heitor Villa-Lobos came to New York in the late 1950s to conduct the New York Philharmonic Orchestra, the music he selected for his program included three of his own compositions, a piece by fellow-Brazilian composer Camargo Guarnieri … and the Suite #2 from Schmitt’s Salammbô.

Coming as it did from one composer to another, surely that gesture is the ultimate compliment! 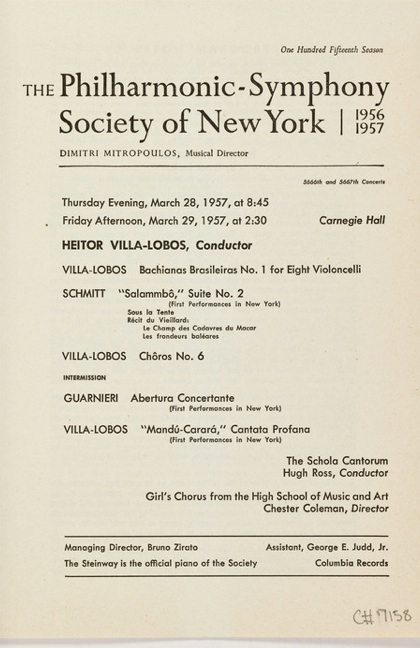