I was fortunate enough to attend this concert, played in the aesthetically and acoustically pleasing Herter Hall, a former riding stable on the grounds of the Garth Newel Music Center, located just a few miles from the 250-year-old Homestead Resort in Hot Springs, Virginia.

Garth Newel has been described as “the epitome of undervalued cultural jewels in the Eastern United States,” and after having experienced the music-making in person, I can certainly see the merits of that statement.

Following the evening’s performance, I had the opportunity to sit down with the four members of the Garth Newel Piano Quartet to discuss preparing and performing the music of Florent Schmitt. These musicians included:

Hasards is a relatively short composition (fewer than 15 minutes in length), and its four movements bear highly descriptive and alliterative titles.  The composer described the work as a “petit concert,” and its title translates roughly to mean “Chances” in English.  The score, dedicated to Schmitt’s fellow French composer Guy Ropartz, was first performed in 1943.

Various topics were covered during the 60-minute interview.  Highlights from the discussion are presented below:

PLN: How did you first become familiar with the music of Florent Schmitt?  Was Hasards the first piece of his that you’ve performed either individually or as an ensemble?

Jeannette Fang: We were looking for quartet music that was new and interesting.  I had played a piece by Schmitt before and had loved it — the Lied et Scherzo — and then discovered that he had written this piece for piano quartet.  When we decided to take a look at it, everyone liked the quirkiness, and the length of the piece.  And so we decided to program it.

Isaac Melamed: I hadn’t played any of Florent Schmitt’s works before.  When Jeannette sent us one of the YouTube videos of the music and asked for our opinion, I thought the piece would be really fun to play.

Then we got the music and I started trying to learn it — and it turned out it wasn’t quite as fun to learn!

Evelyn Grau: I’m embarrassed to say that I did not know the name at all; Schmitt was a new composer for me.

Teresa Ling: I had heard of Florent Schmitt because Paul Nitsch, a former pianist here at Garth Newel, had told me that he was working on Schmitt’s piece for horn and piano [Lied et Scherzo].  He was saying how great the music was.  But I had never played any pieces by Schmitt.  After listening to Hasards, I was surprised to realize that it wasn’t better known, because I think it’s an absolutely wonderful piece.

PLN: About Hasards, what aspects do you find particularly interesting or compelling about the music?

Isaac Melamed: The first, second and fourth movements of the piece are very fun to play.  They’re quirky, with little interjections from all of the instruments.  There’s a certain buoyancy to them.

Evelyn Grau: I agree with the quirkiness aspects.  I also tend to like music that is accessible and not too abstract or avant-garde.  To me, this piece is wonderfully accessible — and I think the listener ‘gets’ that as well. 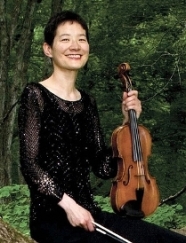 Teresa Ling: I love the fact that there’s so much variety amongst the four movements, with lots of different colors.  The third movement [Demi-soupir] has that lovely atmosphere to it — and a certain stillness.  And yet the last movement [Bourrée-bourrasque – Impétueux] which is in 5/4 is a little bit off-kilter.

Also, the humor throughout this piece is really evident.  I wasn’t surprised to learn that Schmitt had also been known as a music critic with a biting wit, because that element really comes through in his music.

Jeannette Fang: Picking up on Teresa’s point, Schmitt is not a narrative-based composer.  It seems like he’s more of an experience-based composer.  He wants to capture a certain sensation and it’s very vivid — but also very concise.  That’s the sense I have of it.

Isaac Melamed: Along those lines, in one of our last rehearsals Jeannette had noticed this spot where the viola has this really cool little interjection that she hadn’t noticed before — and neither had I.  There were four or five other instances like that where I wouldn’t notice some really interesting element at first in one of the other parts.  So I think there’s a lot of depth to the work, where the more you listen to it and the more you play it, the more interesting it becomes.

PLN: Are there any aspects of Hasards that present “hazards” for the performers?

Isaac Melamed: Hasards is a tricky piece!  There are certain phrases or motifs that just do not lay well in the fingers, and I know that Teresa has mentioned this about the violin part, too.  There are spots in my cello part where you just have to break it down and spend a lot of time practicing.  It’s the only way, or else it’s just not going to sound good!  It’s quite clear he wasn’t composing it at the cello!

Jeannette Fang: I think Schmitt’s instrument was the piano.  He must have been a very good pianist, too, because the parts are very dense.  The challenge is playing all of it without sounding clumsy.  There’s a certain lightness to the music which you need to bring out, and if it sounds like you’re struggling, it just ruins the entire effect.

Evelyn Grau: In little fragments, Schmitt gives opportunities for the viola to shine, such as in the first movement [Exorde].  But I’d agree that he was definitely not a string musician!

PLN: Comparing Hasards — and the music of Florent Schmitt in general — to other French composers of the early 20th century, what attributes do you consider to be similar … and what is different?

Jeannette Fang: Well, you can easily hear the influence of Schmitt’s teacher Fauré in the third movement of Hasards.  There’s a real fervent undercurrent that we easily associate with Fauré.  But I also sense a big difference in the style of Hasards compared to Schmitt’s huge Piano Quintet from earlier in his career.  The Quintet reminds me of Franck — the intensity and the unrelenting density, but also the beauty.  By comparison, Hasards is almost more like Stravinsky — a little biting. 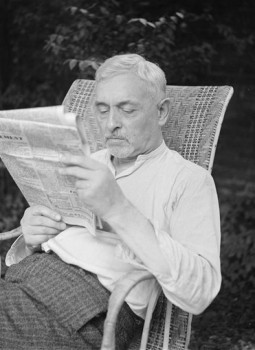 Teresa Ling: I’m also familiar with Schmitt’s Opus 97, which is the Tour d’anches, written about the same time as Hasards, which also strikes me as “Stravinskyesque.”  I love the way Schmitt’s style evolved over the decades.  Comparing his music to Ravel, I find Ravel’s music to have a kind of urbane sophistication about it.  Schmitt also has that at his disposal — a kind of suave sophistication.  But then there are times when he’ll veer off into the grotesque — sounding ornery or ironic.  It’s fascinating.

Isaac Melamed: I sense a similarity between Hasards and the music of Poulenc, too.

PLN: On what other occasions have you performed Hasards?

Jeannette Fang: Our first performance of Hasards was in January and this is now our third performance.  We have added it to our repertoire now and we plan to continue playing it.

Working on something that none of us was familiar with before has been really fun, because we’ve been able to discover it together.

PLN: Has performing Hasards sparked an interest in exploring other chamber works by Florent Schmitt?

Jeannette Fang: We would very much like to perform the Piano Quintet, which is a masterpiece.  It’s also a massive work — an entire evening’s program!

And I personally would love to perform some of his piano music, which I didn’t really know until recently. One is the Trois rapsodies for two pianos.  But I also wonder if the difficulty of Schmitt’s piano music makes him less popular than Debussy or Ravel.

PLN: Tell us about the Garth Newel Piano Quartet.  How was it formed?  How long has it been in existence, and what is its mission?

Evelyn Grau: The Garth Newel artists-in-residence program has evolved over time.  It began in the 1970s as an all-string ensemble, but later became a piano trio and eventually a piano quartet.  The mission was to perform and also to mentor and coach younger musicians.  Performance has always been part of the program.  I became one of the artists-in-residence members in 1992.

Teresa Ling: I was a guest artist here beginning in 1996, and joined as a regular member of the Quartet in 1998.

Isaac Melamed: I joined just about two years ago, so I’m relatively new although not the newest …

Jeannette Fang: Isaac is correct — I joined just last September!  To me, it’s a special opportunity because positions like this are so very rare in the industry.  Many positions involve being mired in academia.  Here, it’s purely playing and teaching, which are the reasons why many of us are in music:  We want to play.

Isaac Melamed: I can’t find another music center that presents concerts all year round and also has a resident quartet.  This is very unique and very special — it’s almost too good to be true:  How can a place like this exist here in a rural area?

I’m a city guy — having lived only in San Francisco, New York and Los Angeles before coming here.  But I find that I love it here.

Evelyn Grau: I’ve always loved the country but always thought I’d have to be in the city to pursue my music career.  Garth Newel has given me the opportunity to enjoy both.  To me, this is heaven!

PLN: What major projects or performances does the Garth Newel Piano Quartet have planned at this time?

Jeannette Fang: One thing we’re excited about is commissioning new works from composers, because we’re always looking to expand the repertoire for piano quartet.  We commissioned a piece by New York composer Paul Moravec which we’ve performed and will be recording this year.

Teresa Ling: We also hold an annual composition competition where we invite young composers to submit scores.  We’re now in our seventh year of the competition.  We’re planning on releasing a recording that includes the prizewinning compositions.  Winners have included composers from all over the world; our first winner was from Croatia, we’ve had two winners from Italy, and our last winner was a Russian woman who now lives here in the U.S.

Jeannette Fang: We’re also investigating the piano quartets of Louise Viardot, a composer from the nineteenth century.  Like the Schmitt Hasards, we consider the Viardot quartets to be undiscovered gems.

PLN: Are there any additional observations you would care to share about Florent Schmitt’s music, or Hasards in particular?

Jeannette Fang: I’d describe this work — and all of Schmitt’s music — as “intoxicating.”  For us, it’s been a rare and wonderful experience getting to know this work and this composer.

We owe a debt of gratitude to the Garth Newel Piano Quartet for preparing and performing Florent Schmitt’s Hasards. Surely, they must be one of very few chamber ensembles that have this work in their repertoire, giving audiences the opportunity to hear it in concert — which is always the best way to experience music such as this.