Conductors Stéphane Denève and Yannick Nézet-Séguin have both performed the score in Canada and France, while Lionel Bringuier has brought the Salomé to Los Angeles, Cleveland, Sweden, Finland, Germany and the United Kingdom.

In Maestro Altinoglu’s case, he’s been performing it across France and also conducted it with the Chicago Symphony Orchestra in 2012 – the first time the music had appeared on the CSO’s concert programs since the days of Désiré Defauw in the 1940s.

Recently, I discovered that Maestro Altinloglu’s May 16, 2012 live performance with the Orchestre de Paris is available online.  You can listen to it here.

While perhaps not quite as polished as the impressive live performance I was privileged to see with Stéphane Denève conducting the Toronto Symphony Orchestra in March 2011, the Altinloglu/OdP rendition is still a highly effective interpretation that’s well-worth hearing. 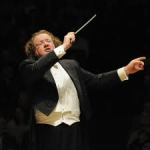 For those who have never had the opportunity to hear this music performed with the “emotional immediacy” that a live public performance delivers so well, here’s a grand opportunity to do so.

Interestingly, Maestro Altinoglu’s interest in this music extends beyond the concert hall and into the conservatory classroom.  La Tragédie de Salomé is one of the scores which he uses in master classes with his conducting students at the Paris Conservatoire.

… And why not?  The piece is one of the most interesting and engaging scores to come from the pen of any French composer.  Here’s hoping some of Maestro Altinoglu’s conservatory students will come to love this music as much as the rest of us — and be inspired to program it themselves someday.